I’ve been struggling with this for a few hours, so I might as well document how I did it.

I have a particular setup, which ended up causing issues. Most important are that I’m using Sway, a tiling Wayland compositor, and a flatpak install of Steam.

Mouse doesn’t move when the game is launched

The solution to this is using Gamescope, which is a nested Wayland compositor that makes the window inside it play nice with your actual compositor.

Because I’m using the flatpak install of Steam, I needed to install the flatpak version of gamescope. One catch here is that for me, this wouldn’t work if I also had the flatpak MangoHud installed. The only solution I could come up with right now was to uninstall MangoHud.

Then, right click on the game and select properties, then in launch options type gamescope -f -- %command%. This will launch the game inside gamescope, and the cursor should move inside the game now.

The game is too dark to see anything

It looks like the game relied on some old DirectX or OpenGL features or something, because once you do launch into the game, everything is extremely dark and hard to see. At first I was wondering how anyone could play the game like this, but it turns out that’s not how the game is supposed to look!

I finally managed to solve this by following the installer steps for the Deus Ex CD on Lutris. Yeah, roundabout way to solve it, but it worked.

First download the updated D3D9 and OpenGL renderers from the page, and extract them into the System folder inside the game.

Follow the steps of the installer. It should automatically find where the game is installed. Once the install is done, launch the game, then head into the settings and pick “Display Settings”, then “Rendering Device”. In the renderer selection window, pick “Show all devices”, and then select “Direct3D9 Support”. 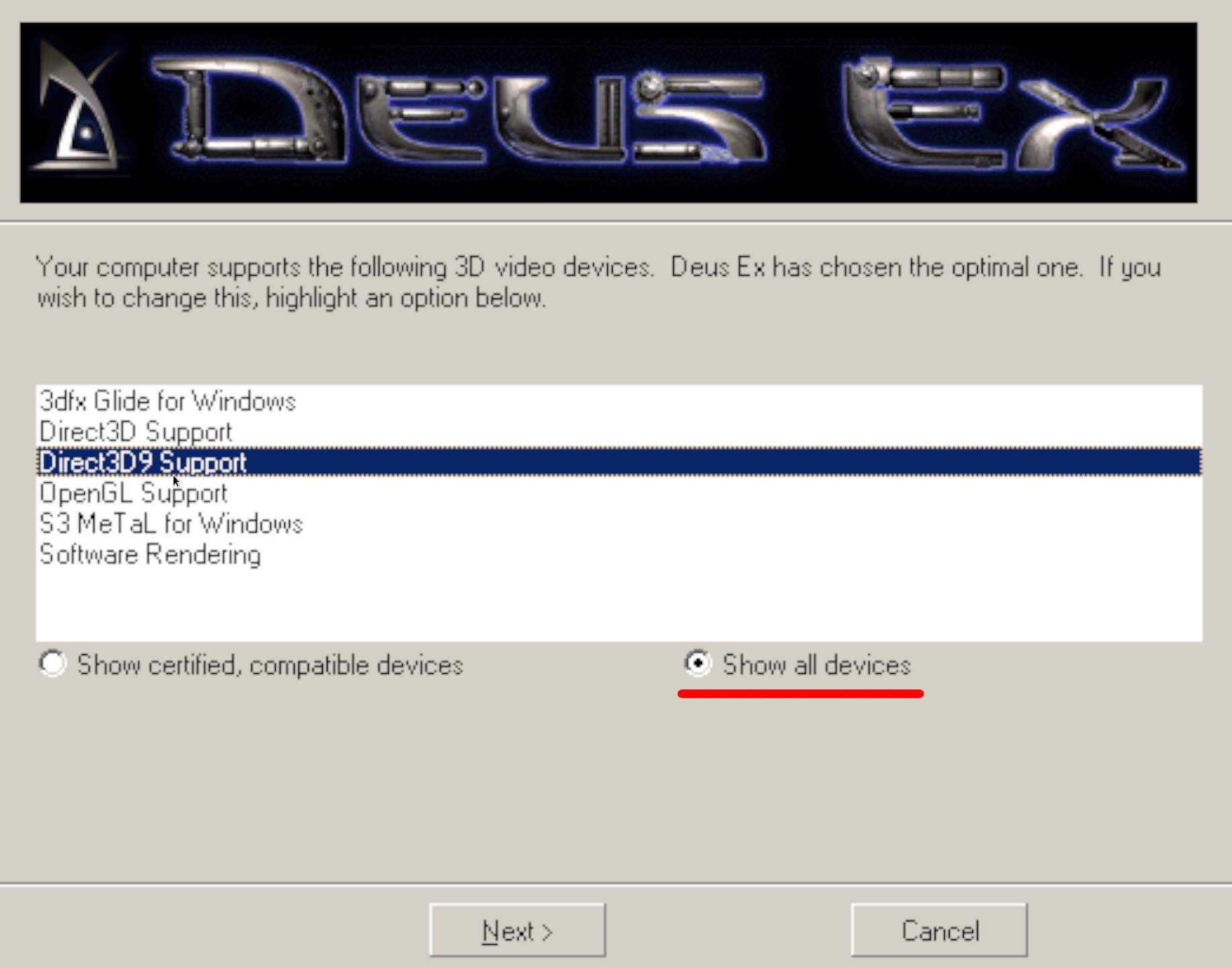 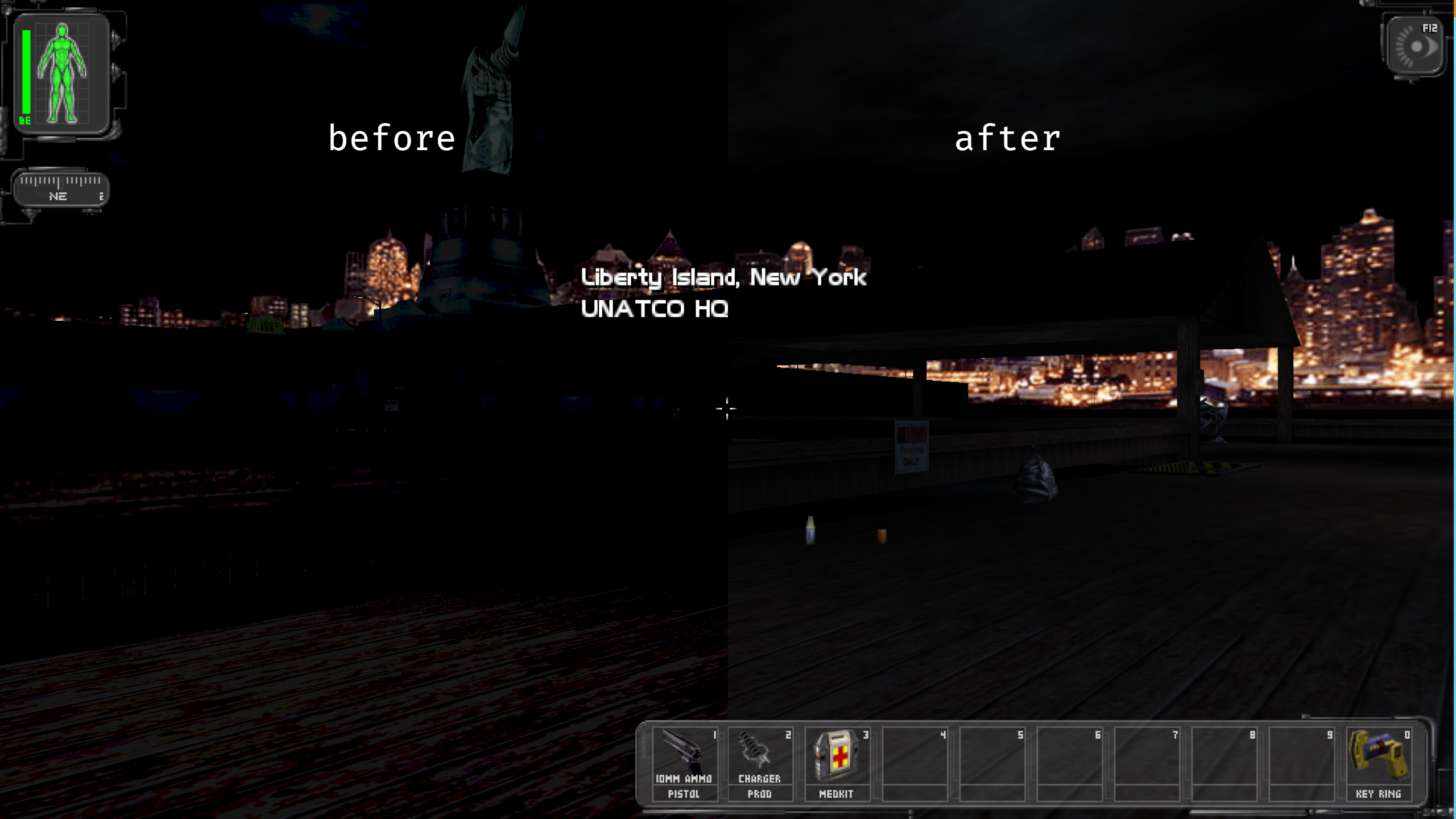 Here are a few more issues you might hit during this whole process:

My cursor moves too fast!

After changing resolution, I can’t move my cursor!

Use the keyboard shortcuts (arrow keys and enter) to exit the game. It should work again when you restart.

The cursor doesn’t move when I open the game, even with gamescope!

I’m not fully sure why or how this happens, but a few things I found useful: